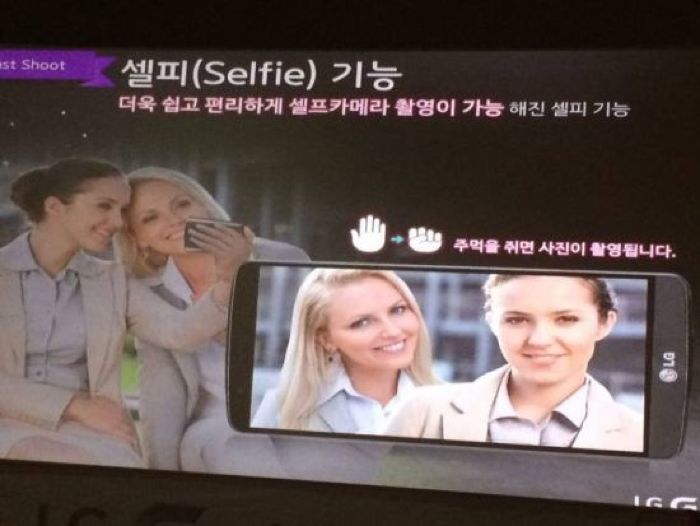 LG are expected to make the new LG G3 official at their press event next week, the event takes place on the 27th of May, and now some advertising material for the handset has been leaked which confirms the LG G3 specs.

The photos confirm that the new LG G3 specs will include a 5.5 inch quad HD display with a resolution of 2560 x 1440 pixels, the handset will also come with Qualcomm’s latest mobile processor.

The handset is said to be powered by a quad core 2.5GHz Snapdragon 801 processor, and will also come with 3GB of RAM, the device will come with 32GB of included storage, this can be expanded via a microSD card slot that will support up to 128GB cards. 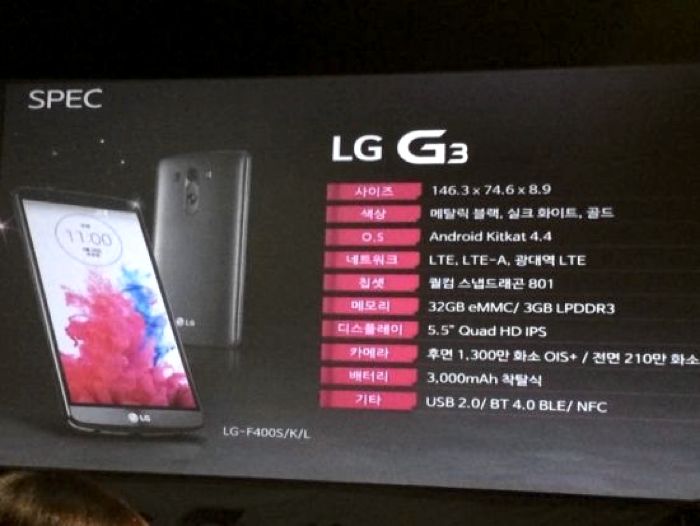 Other LG G3 specs include front and rear facing cameras, the device is said to come with a 13 megapixel rear camera, we previously heard that the front camera would be a 2 megapixel model, although we suspect it will be a higher version, considering the ‘selfie’ advertising material, possibly 5 megapixels. 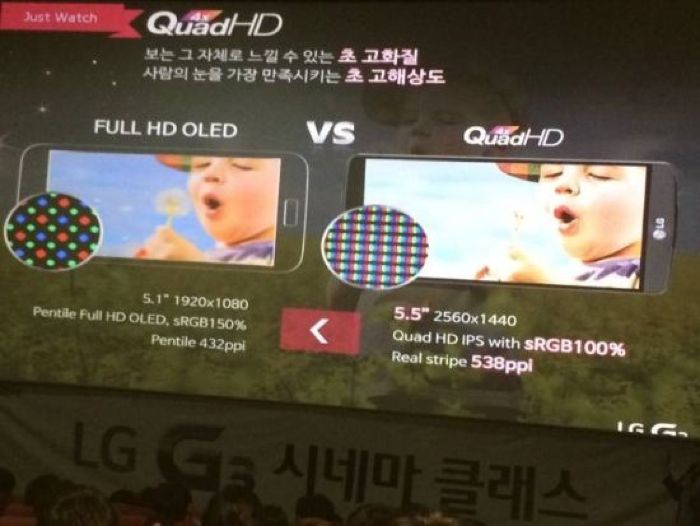 We also know that the new LG G3 will come with Android 4.4 Kit Kat, as soon as we get some more information on this new Android smartphone, we will let you guys know.