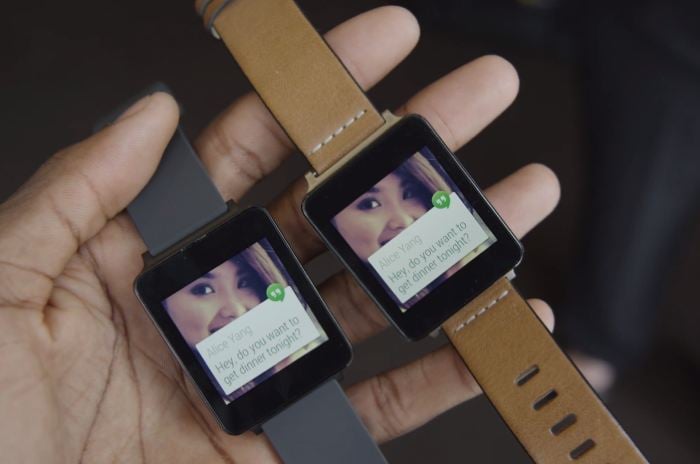 The LG G Watch was official announced back in June, and now we are starting to hear rumors of a new version of this Android Wear smartwatch, the LG G Watch 2.

According to a recent report, the LG G Watch 2 may appear at IFA 2014, which kicks off next month, although it isn’t clear as yet on whether the device will be revealed to the public at IFA, as there are rumors that it will be shown off behind closed doors.

LG will apparently take a different direction with the LG G Watch 2, the company is apparently looking to compete with the Apple iWatch, which has yet to be announced, and the device is said to be a ‘premium’ smartwatch.

LG have apparently been in talks with a number of high end watchmakers relating to the LG G Watch 2, although it is not clear as yet on whether they have formed any partnerships.

As yet we do not know very much about the specifications and the design of the new LG G Watch, it is not clear on whether LG will go for a completely new design over the existing model, what we do know is that the device will run Google’s Android Wear.