We’ve heard rumors about a purported tablet with 8.3 inch display that was being misinterpreted as a Google Nexus 8, but it turns out it’s incorrect. It’s not a Nexus 8, but the Google Play Edition of LG G Pad 8.3 that is available for $349.99. The tablet ships in one to two business days. 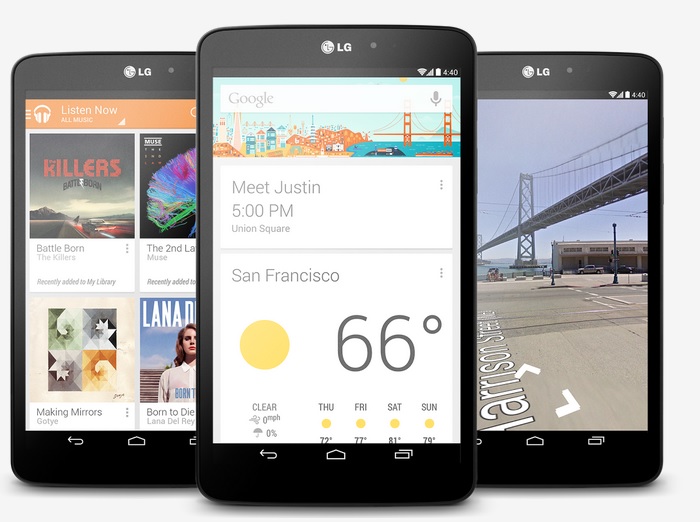 “LG’s working relationship with Google has always been strong and our collaboration on the first-ever Google Play Edition tablet is proof of that commitment. The LG G Pad 8.3 Google Play Edition is a device with hardware and software that has been optimized for a truly consumer-friendly experience. There’s nothing else like it out there in the marketplace,” according to Dr Jong-seok Park, President and CEO of LG Electronics Mobile Communications Company.

The tablet measures 216.8 x 126.5 x 8.3mm and comes with 16GB storage on board. Other features include 5MP rear camera for photos and videos, 1.3MP front-facing camera for video calls, WiFi, 4,600 mAh battery and runs the latest Android 4.4 KitKat out of the box.