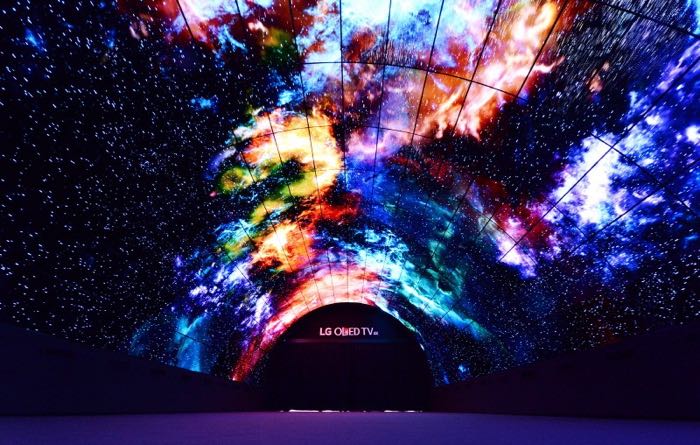 LG has created a giant OLED tunnel at this years IFA and it was created using a total of 216 55 inch curved OLED displays.

This giant OLED tunnel has closed to half a billion pixels with a total of 447,897,600 pixels, LG are using the tunnel to show off their OLED technology.

The impressive scale of the display tunnel is made possible by OLED’s ultra-thin, highly flexible lightweight panels. OLED displays can be custom bent to concave or convex formations without any picture quality distortion, allowing for spectacular digital installations such as immersive tunnel-like environments. Each OLED pixel can switch itself on and off, eliminating the need for backlighting. OLED TVs have the ability to render true black and infinite contrast ratio that delivers vibrant, eye-popping color and wide viewing angles.

“It was 50 years ago this year that LG produced its first television and our OLED Tunnel at IFA 2016 is designed to celebrate this milestone with another milestone – the coming of OLED TV,” said Brian Kwon, president of LG Home Entertainment Company. “We’re offering visitors to our booth at IFA the opportunity to experience OLED’s revolutionary image rendering capability complete with perfect black, infinite contrast ratio and realistic colors from any angle.”

You can find out more details about this giant OLED tunnel created by LG at IFA over at their website at the link below.