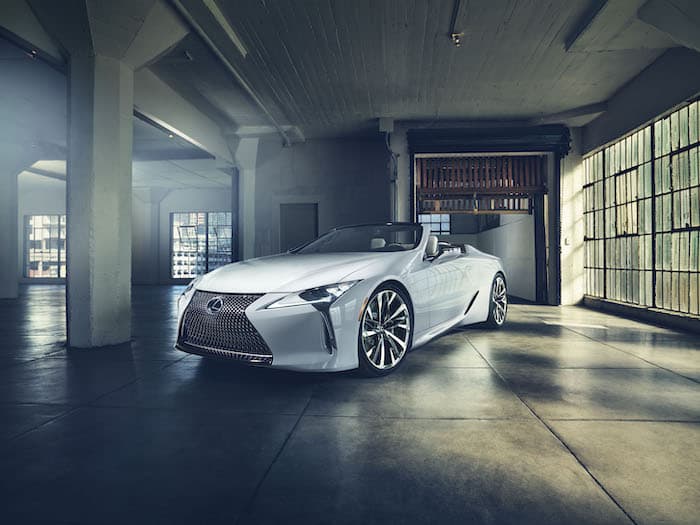 Lexus has unveiled their new Lexus LC Convertible Concept car at this years Detroit Auto Show and it shows the future direction of the Lexus LC.

The new Lexus LC Convertible Concept looks impressive from the photos, at takes its design inspiration from the LC Coupe. 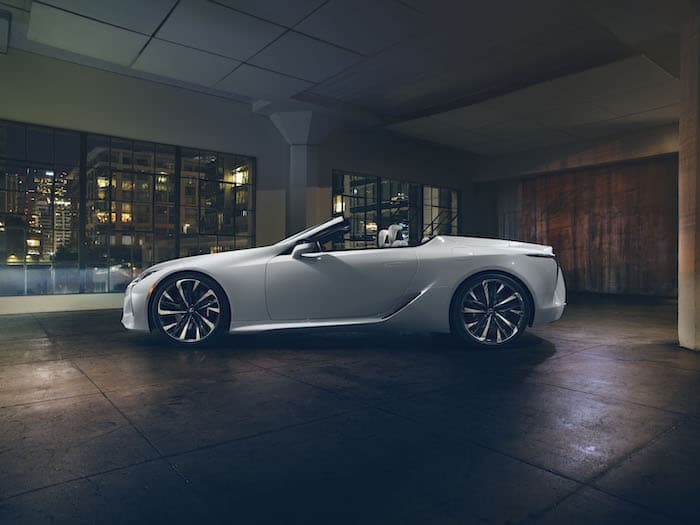 An open-air roadster that is an artful reflection of the LC coupe, the design goal of the Convertible Concept was the expression of “ultimate beauty”. From the rake of the windshield to the smooth contours of the rear decklid that houses the convertible top, every line on the LC Convertible concept was drawn to evoke an emotional response. A stunning design from every angle, the LC Convertible concept stands as an aspirational halo vehicle for the entire Lexus lineup.

“This concept takes the unmistakable design of the LC coupe and reimagines it as a future convertible,” said Tadao Mori, chief designer of the LC Convertible concept. “It blends all the best aspects of the original coupe with the dynamic design of an open-air convertible.” 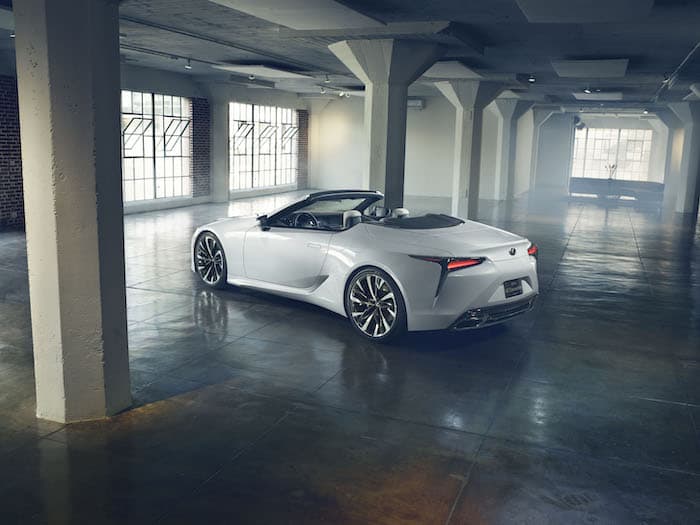 You can find out more details about the Lexus LC Convertible at the link below, as soon as we get details on the production version of the car, we will let you guys know.