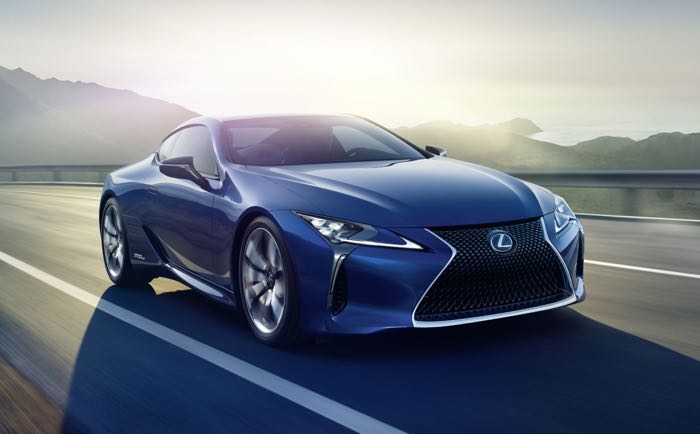 Lexus has gone official with some new details on the LC 500h hybrid and the big feature of the car is the multi stage hybrid system that promises both performance and efficiency. The hybrid system uses a 3.5L V6 paired with an electric motor and lithium-ion battery pack. The power from the gas and electric motors goes through a 4-speed automatic gearbox at the rear of the hybrid transmission.

The powertrain is able to deliver 0-100km/h times in the under 5-second range. The hybrid car has 354hp combined. The car is a front engine, rear-wheel drive layout and has a number of safety features including millimeter-wave radar, adaptive speed cruise control, lane keeping assist, and automatic high beam tech.

The hybrid system has a special M mode to improve gear shifting and performance. It’s a bit odd to have a 4-speed transmission in a time when most automakers are going to more and more forward ratios for improvements in fuel economy. Lexus also gives the car a number of luxury touches and options for wheels. A high-end mark Levinson audio system is available with a premium Pioneer system standard in the car.