Having automatic car infotainment sets can sometimes be baffling, especially if you do not know how exactly it works in your car. Enter Lexus with an iPad app to help you solve such predicament. 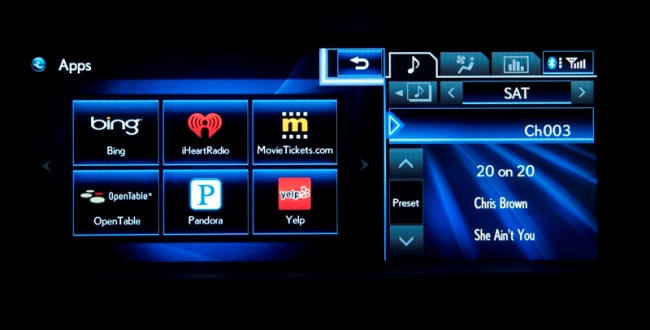 The Enform Emulator iPad app is part of the Lexus Enform suite that contains all possible connected infotainment services that you can get with most 2013 and future Lexus models. While the app has a wide range of menus and suites for the car geek, it will be most helpful in letting a user be familiarized in the car’s automatic features right away. Way better than an old-school manual, right?

The Enform Emulator app also has built-in services like Bing, iHeartRadio, MovieTickets.com, OpenTable, Pandora, Yelp, and Facebook Places as additional features one can explore alongside their car’s original capabilities.

Enform Emulator is now available at the iTunes store for free, for iPads running on iOS 5.0 or higher.