Targeted at the professional photographer Lexar has just launched their Lexar Professional 600x and 300x 32GB compact flash cards.Together with the ExpressCard reader which supports speeds of up to 133mb/s. 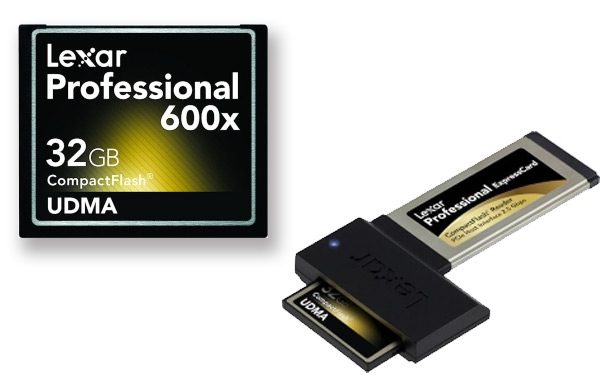 The Lexar Professional 600x CF card includes the latest version of the award-winning Lexar Image Rescue software that allows reliable recovery of most photo and video files, even if  the files have been erased or the card has been corrupted.