And lay bionic eggs. You know, Aliens? But that’s not the case with the Lethal Pro Gadget Spider Stand, a six-legged contraption that looks like a gnarly cyborg hand. It really is just a humble gadget holder, be it iPhone, smartphone, camera or even tablet. 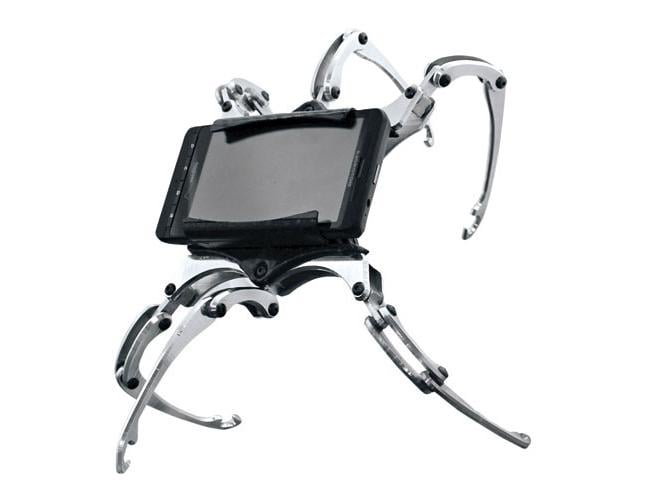 Judging by the articulated legs/fingers, the Lethal Pro is contortable. Meaning if the space warrants it, it’s contorted along to fit where it stands. Or hangs, as those claws would do nice around a table edge.

Although we’re unfamiliar with the kind of metal it’s made of, we’re confident the Lethal Pro will also be useful outdoors and in other harsh climes.

We wonder if some unheralded genius can hack this stand and make a few modifications, effectively turning it into a spider drone controllable via an iPhone. It stalks the darkened hallways of your crib, keeping its lifeless eyes alert for intruders…

Enough crazyness. We think it’s a great idea. Except when it pounces on your face.