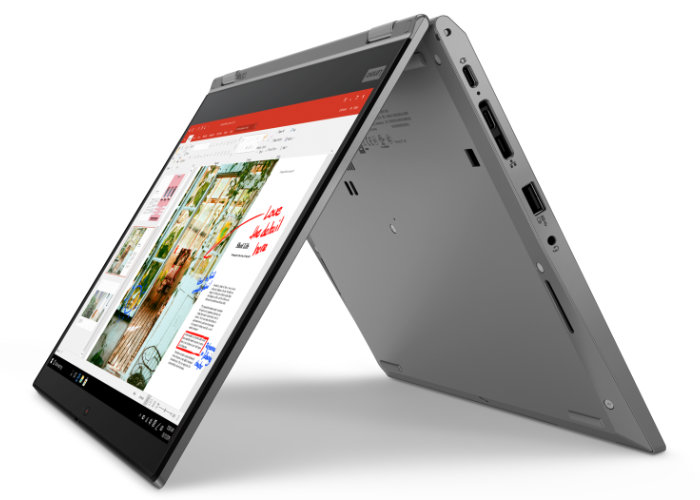 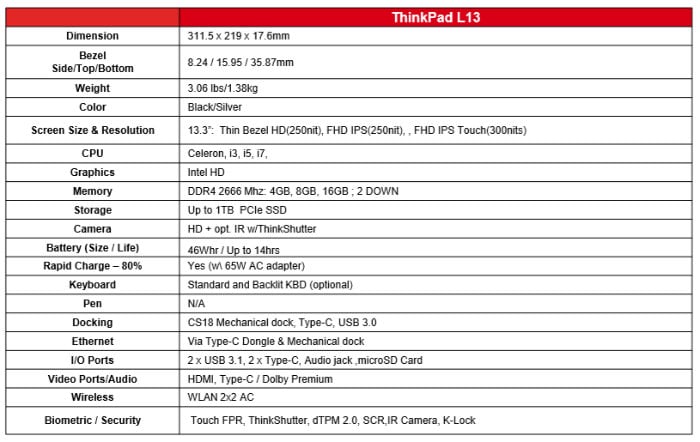 Both ThinkPads will be available with up to an Intel Core i7 10th Gen processor Supported by up to a 1TB PCIe SSDs and run Intel HD graphics, Dolby Premium Audio and touchscreen FHD 13-inch IPS displays. The ThinkPad L13 measures 17.6mm in thickness and weighs 1.4kg and is equipped with a battery capable of providing up to 14 hours of battery life. Lenovo has included Rapid Charge technology allowing the laptop to be charged from flat to 80% in just 60 minutes. Connectivity includes two USB 3.1 ports, two USB-C ports, an audio jack, a microSD card slot, and an HDMI port. 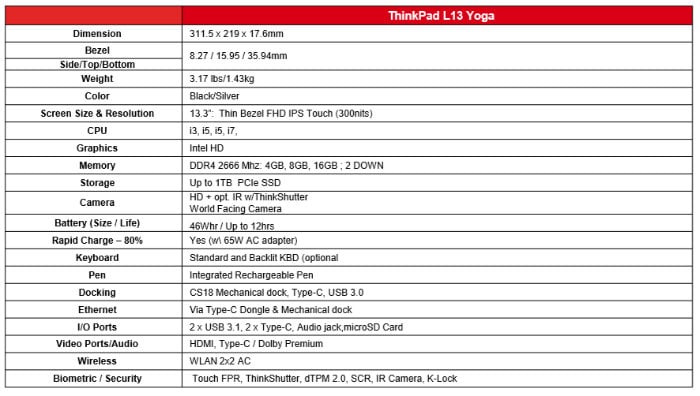 Both laptops will be supplied with 16GB of RAM but unfortunately it’s thought it may be soldered to the motherboard and therefore unable to be upgraded in the near future if required. As soon as more details are announced by Lenovo will keep you up to speed as always.