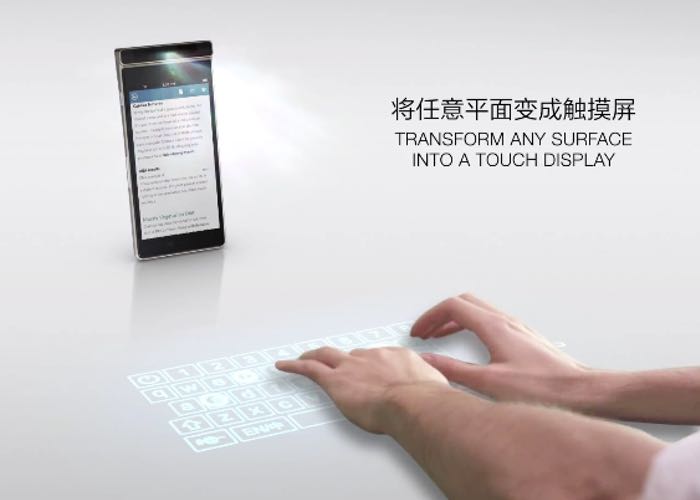 As well as a range of other new hardware that includes a new smartwatch concept, streaming hardware and laptops, Lenovo has also unveiled their new Lenovo Smart Cast projector phone.

The Smart Cast has been designed to projector either a keyboard or other interface on to a flat surface transforming that surface into a touch display.

The new Smart Cast projector phone was unveiled this week during the Lenovo Tech World conference and is equipped with a built-in laser projector, making it the world’s first laser projector smartphone says Lenovo.

Watch the video below to see the concept projector phone in action. Unfortunately no information on pricing or worldwide availability has been released as yet by Lenovo, but as soon as information comes to light we will keep you updated as always.