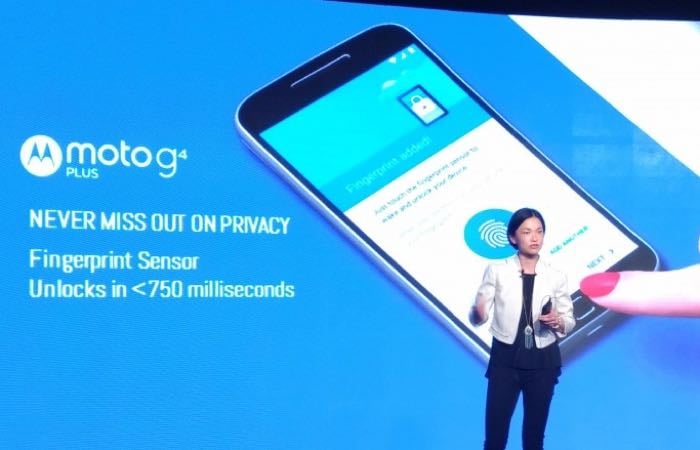 Lenovo has unveiled the first new Moto smartphones under the Lenovo brand, the two new handsets are called the Lenovo Moto G4 and G4 Plus.

The Lenovo Moto G4 comes with a 5.5 inch display with a Full HD resolution of 1920 x 1080 pixels and the handset is powered by a Qualcomm Snapdragon 617 processor.

Other specifications on the G4 include 2GB of RAM and a choice of 16GB or 32GB of built in storage, there is also a microSD card slot for extra storage.

The handset comes with a 13 megapixel rear camera which can record Full HD video in 1080p and a front facing 5 megapixel wide angle camera designed for Selfies.

The Moto G4 Plus has similar specifications although it features 4GB of RAM and 64GB of storage, there will also be other versions with a choice of 2GB or 3GB of RAM and 16GB and 32GB of storage.

The rear camera on the G4 Plus is also different, it comes with 16 megapixel and has Laser and Phase Detection Focus, both handsets have a 3000 mAh battery and come with Android Marshmallow