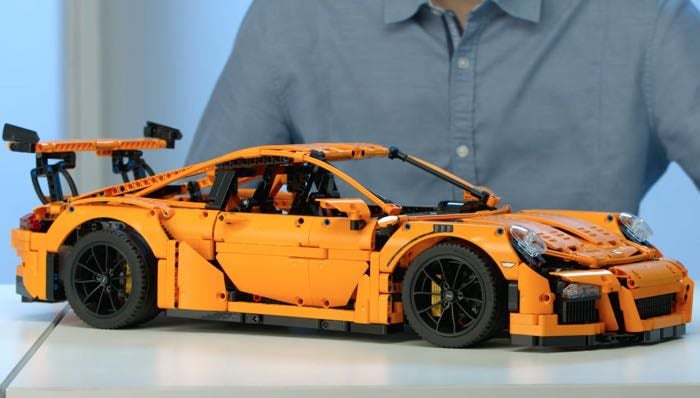 Lego have released a video of their new Lego Techninc Porsche 911 GT3 RS which will cost $299 in the US and £200 in the UK when it launches later this year.

When we started to discuss the idea for this new LEGO Technic concept, we were determined to create more than just a great building experience. We wanted every aspect of this concept to be special and drive a real desire in fans to own and build it.

To do this we knew we needed a partner with the perfect vehicle that was both highly desirable and a true icon. We reached out to Porsche as we dreamt of having a Porsche 911 as our first model. From our very first meeting it was clear that Porsche shared the same passion for the vision of this concept and together we decided upon using the latest 911 GT3 RS as the first vehicle in this LEGO Technic series.”

You can find out more details about the Lego Techninc Porsche 911 GT3 RS over at Lego at the link below, it comes with 2,704 pieces.