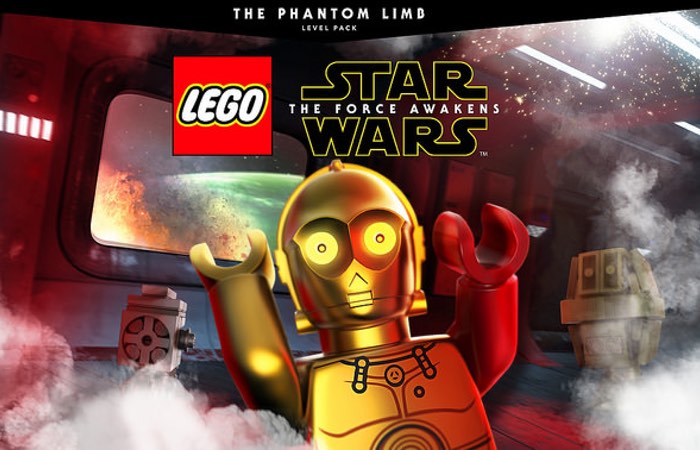 Jamie Eden Game Director from TT Games revealed more about what you can expect from the new LEGO Star Wars DLC – The Force Awakens Phantom Limb.

LEGO Star Wars The Force Awakens is now available to play and officially launched earlier this year on June 28th. Check out the trailer below to see what you can expect to enjoy.

By now many of you have probably explored the galaxy far, far away that is LEGO Star Wars: The Force Awakens (if you haven’t, then what are you waiting for?!). One of the lingering questions I’m sure you’ve had is… what’s the deal with C-3PO’s red arm?

Wait no longer. The Phantom Limb Level Pack let’s you experience these events, while collecting new characters and a cool vehicle along the way. This downloadable content is a free exclusive for PS4 and PS3 players!

The Phantom Limb level continues the Trouble Over Taul story — one of the New Adventure levels featured in LEGO Star Wars: The Force Awakens set in the time leading up to the film — after C-3PO’s ship crashlands on the barren planet of Taul, inhabited by hostile alien creatures who seem to crave the taste of droids. Never fear though — C-3PO is in good company with an oddball cast of survivors.

First up is PZ-99, a security droid whose prime directive is to protect all non-combat personnel. Teaming up with him is VL-44, another security droid, armed with an incinerator to destroy gold LEGO bricks and fend off the hostile creatures on the surface of Taul. There’s also CO-34, a construction droid able to do most of the heavy lifting for the group, MSE-Y, a repair droid, GNK-189, a power droid, and 2MED2, a medical droid. They’re all really fun to play as, each with their own charm and playstyle!