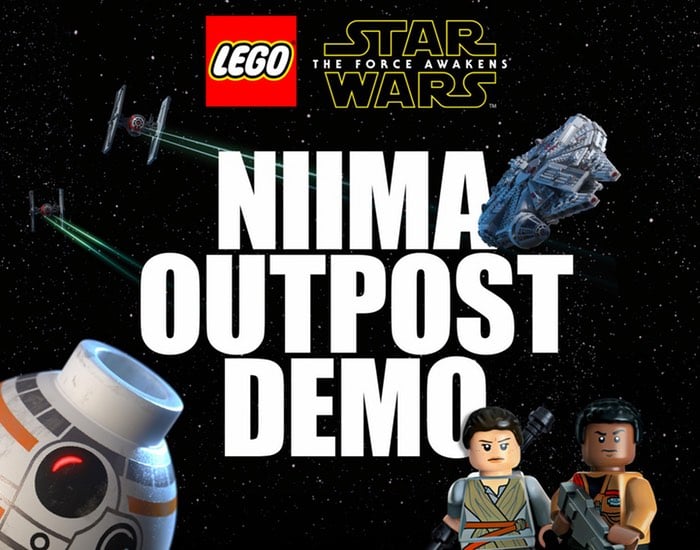 Jamie Eden Game Director at TT Games has taken to the official PlayStation blog this week to reveal more details about the LEGO Star Wars: The Force Awakens Demo, which is now available to download exclusively on Sony’s PlayStation 4 and PS3 console.

The Niima Outpost Demo is now available to download and allows Star Wars fans to relive the escape from Jakku as Rey, Finn and BB-8, showcasing all of their abilities, special combat moves, and cool weapons. Check out the two-minute trailer below.

LEGO Star Wars: The Force Awakens officially launches later this month on June 28th and will be available for PlayStation 4, Xbox One, Wii U, PlayStation 3, Nintendo 3DS, Xbox 360, PlayStation Vita and PC systems. Eden explains a little more about what you can expect from the game and the PlayStation 4 exclusive demo.

You’ll also get to experience one of the newest features in the game, engaging in intense Blaster Battles as Finn and Rey are pinned down by First Order troopers., this really lets you experience the feel of blaster combat within the Star Wars galaxy, ducking behind cover, striking back when the time is right and using character abilities to drive back the First Order. BB-8 might even have to lend a helping hand too… or a “magnetic-tipped bolt-spinner” to be precise.

Lastly, we’ve come to the section that every Star Wars fan has been waiting for – flying the Millennium Falcon! We’ve really gone to town on the flight sections in-game to get that true feel of piloting the various ships within the Star Wars galaxy, cool dogfighting maneuvers and all.