Raul Oiada, a Romanian physicist and an Australian entrepreneur Steve Sammartino decided to launch a Lego Space Shuttle into space and capture the whole thing on video.

They sent the Lego Space Shuttle into space on 1,600g meteo balloon which was filled with helium and they capture the space shuttles flight using a GoPro Hero camera and tracked it using a Spot GPS, have a look at the video of it in action below. 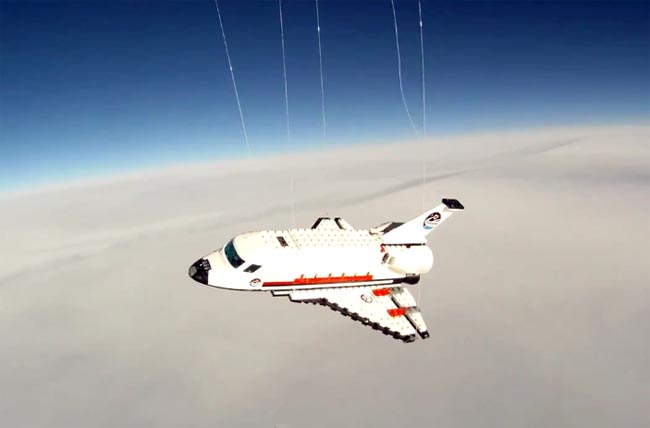 The Lego Space Shuttle reaches a maximum height of 35,000m and it was launched on New Years Eve in Germany, and the equipment was recovered 240KM from the launch spot.