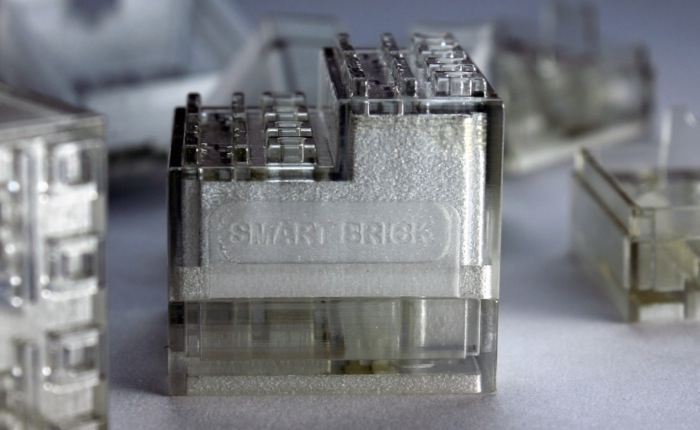 Lego builders around the world that would like to remote control Lego projects they create, might be interested in a new smart brick called SBrick, that has a range of up to 100 m.

The SBrick is capable of controlling 64 ports with one remote allow you to use 16 SBrick devices each with 4 ports within your Lego projects. Check out the video after the jump to learn more. 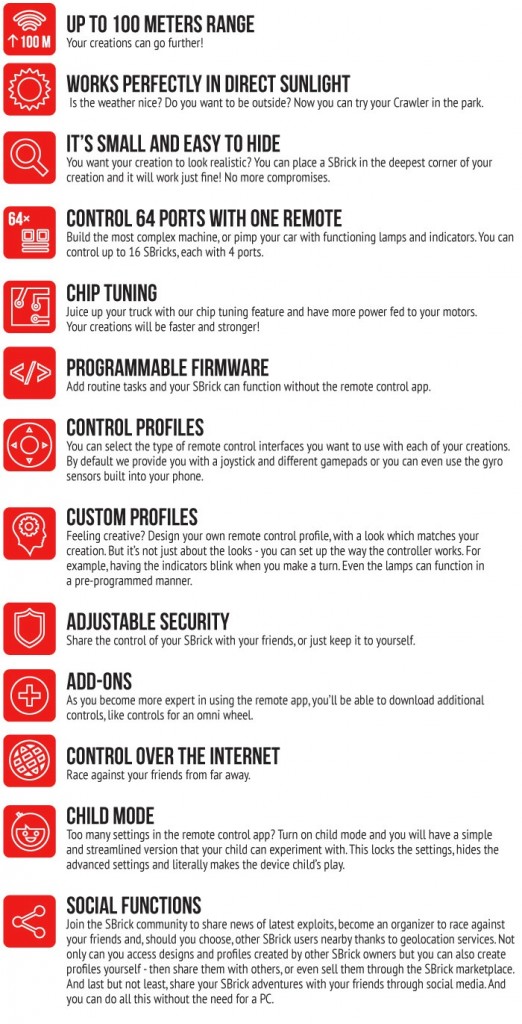 The SBrick Lego smart brick has been designed by Mark Bollobas based in the UK and is available to back over my Kickstarter crowd funding website from as little as £29, and comes complete with its own companion smartphone application. Mark explains :

“The SBrick contains a Bluetooth Low Energy chip programmed to control 4 peripherals and is just a little bit smaller than the IR receiver.

It provides two-way communication and the SBrick also keeps the mobile app informed about the battery conditions. You can use it to control the direction and the power of motors and the intensity of lights, allowing precise control over your creations.”

The SBrick project is currently over on the Kickstarter crowd funding website looking to raise enough pledges to make the jump from concept to production. So if you think the SBrick smart Lego brick is something you could benefit from, visit the Kickstarter website now to make a pledge and help remote control Lego projects you create.