The complete Lego London Olympic Park took 300 hours for him and his wife to build from scratch, and the time-lapse video after the jump gives you a glimpse at the work involved with created the awesome Lego model, which weighs in at around 80kg. 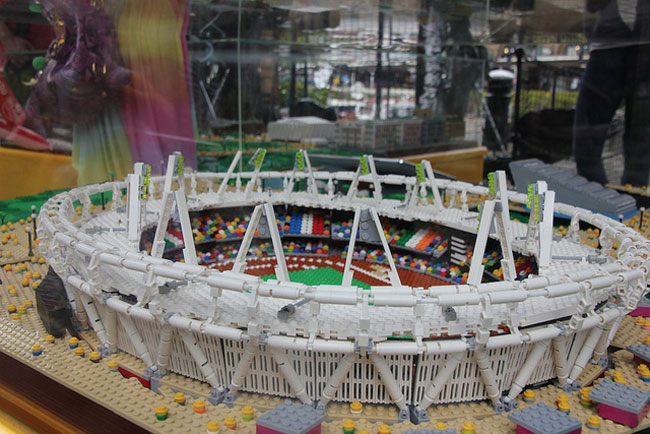 “And yes it is all LEGO! I don’t use any specially made parts — everything you see here is made from LEGO sets that are in the shops right now.”

If you are in the area the Lego Olympic Park is being exhibited at the Danish Village in St Katherine Docks, from 11am-11pm every day until the 12th August 2012.