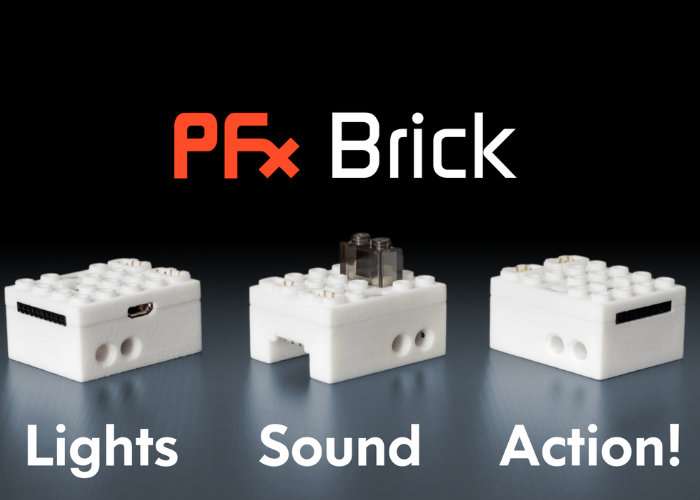 The development team at Fx Bricks based in Ottawa Canada has created a new special effects brick designed specifically to be used with LEGO, transforming your builds into more exciting structures and projects using lights, sound and action.

Watch the video below to learn more about the PFx Brick LEGO special effects system which can be easily added to your projects and is now available to back with pledges starting from C$40 and shipping expected to take place during January 2018. 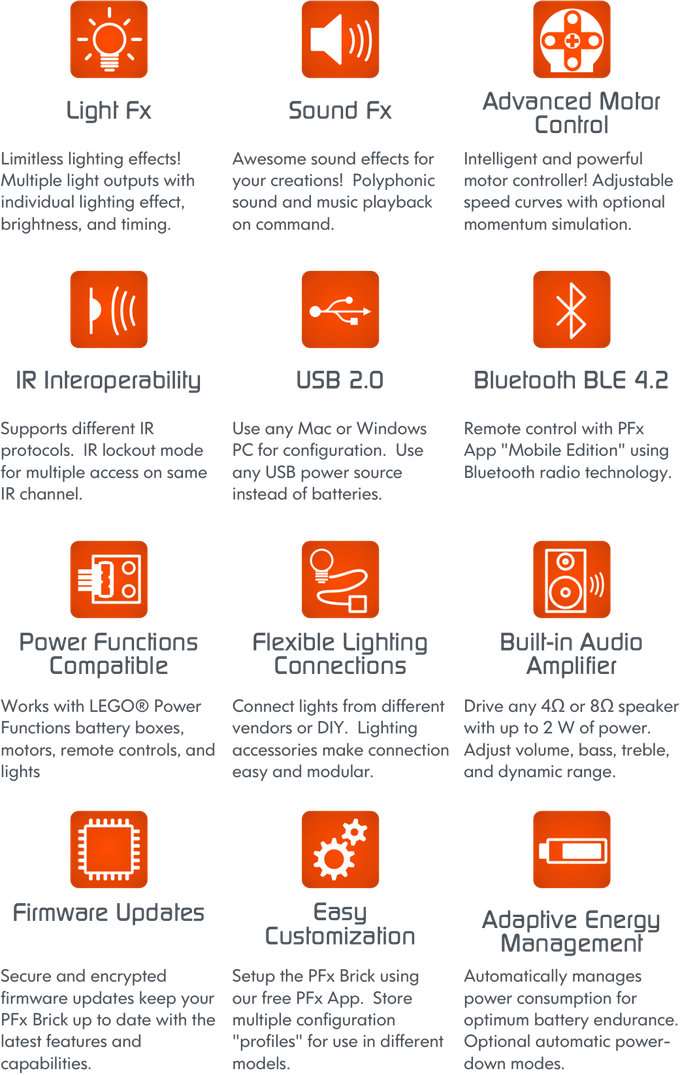 Introducing the PFx Brick! A device which transforms your LEGO® creations with awesome new possibilities for lighting and, for the first time, sound! The PFx Brick was designed and developed by longtime LEGO® fans Jason Allemann and Michael Gale in order to add extra magic to their own LEGO® creations. Using their engineering skills and experience, the PFx Brick has evolved from a concept to a mature pre-production prototype.

Lights, sound, action; these three words perfectly summarize the essence of the PFx Brick. Never before have these capabilities been available on a single device, in such a small form factor, and designed specifically for LEGO® builders. That is, until now!

Visit the Kickstarter website via the link below to learn more about the LEGO special effect brick and its features.