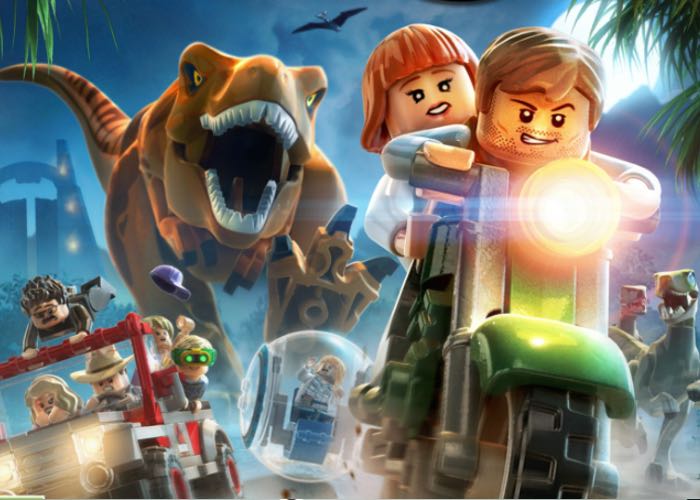 Lego fans also looking forward to the launch of the new Jurassic World movie next month are sure to be pleased to learn that the Lego Jurassic World video game will also be available to purchase in time to compliment the movies release.

The Lego Jurassic World video game spans the four films and releases the same day for all major consoles and PC. Unfortunately if you have a Wii U you will need to wait a little longer.
Jurassic World opens next month on Friday 12th June 2015 and has been directed by Colin Trevorrow and co-written by Trevorrow, Derek Connolly, Rick Jaffa and Amanda Silver.

This new park is owned by the Masrani Global Corporation. Owen Grady (Chris Pratt), a member of the park’s on-site staff, conducts behavioral research on a group of Velociraptors, known as Blue, Charlie, Delta and Echo. At the corporation’s request, the park’s geneticists create a hybrid dinosaur known as Indominus rex created from the DNA of Giganotosaurus, Rugops, Majungasaurus, and Carnotaurus) to boost visitor attendance.”