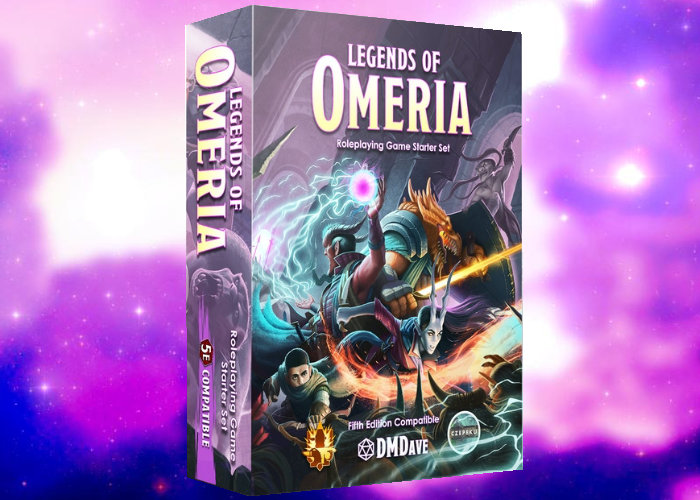 David Hamrick has returned to Kickstarter to launch a new fifth edition starter set in the form of Legends of Omeria. The new starter set is a Dungeons & Dragons Fifth Edition compatible Starter Set that comes with everything you need to play the world’s most popular tabletop roleplaying game. Not only does it come a new and improved version of the classic Fifth Edition ruleset, but it also gives an all-new 64-page adventure, Winds of Vapul. Check out the promotional video below to learn more about Legends of Omeria.

“A chill wind sweeps over the Knotside Region of Northern Omeria. In the ruins of a country-side manor, a demon thought dead for over 1,000 years stirs. Four adventurers must join forces to repel the dark God of Undeath and Winter and its minions before his curse consumes the world. Winds of Vapul is a Fifth-Edition compatible starter adventure for four 1st-level characters. Characters will reach the 5th-level by the adventure’s conclusion.” 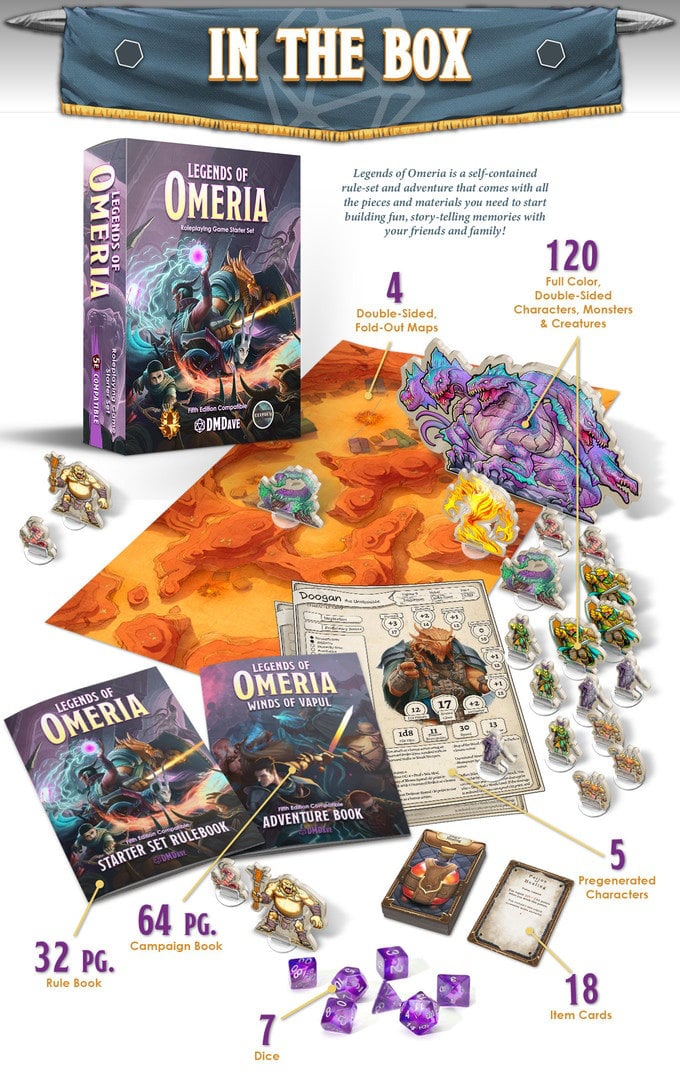 Early bird pledges are now available from $35 or roughly £28 and worldwide shipping is expected to take place during January 2021.