When I was young the only way to pimp your bike was to shove a playing card in the spokes and attach it to your back forks with a peg. This was extremely effective though and you could never have enough cards in your spokes to create that authentic motorcycle engine sound. If you were really fancy you could also attach beads which would slide up and down the spokes to produce a colourful display. 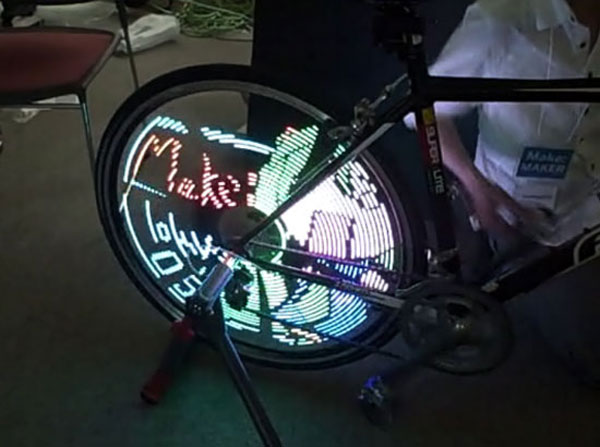 Japan’s Suns & Moon Laboratory has got other ideas and is taken to attaching Anipov LED system to like spokes which allows you to display any image you would like.

The Anipov LED system is avialble for a little more than a pack of cards that are hundred and $65 and was shown last weekend at the Tokyo Make meeting.
Via DVICE