The image you see below supposedly is an image of the shell for the iPhone 5S that has been leaked ahead of the official launch of the device. The iPhone shell is an interesting green color. Rumors have suggested that the next generation iPhone will be available in several different colors. 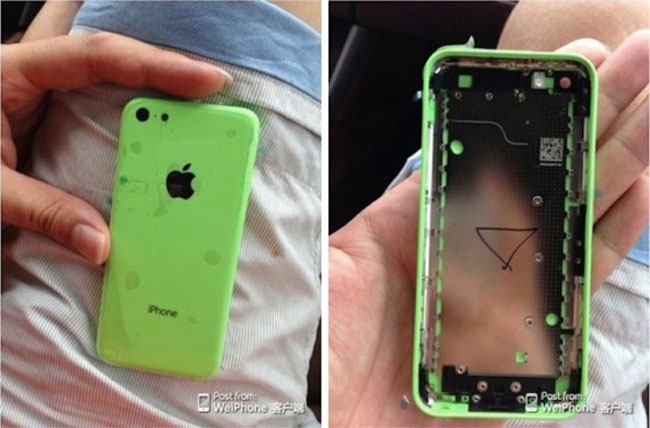 Rumors have also suggested that the iPhone 5S is being designed to be a cheaper device. Rumors insist that iPhone 5S will be the device that is designed to eliminate any need for carrier subsidies. Currently carriers subsidize as much is half of the cost of the iPhone or more.

To become cheaper, the iPhone 5S would need to move to a durable plastic case rather than the metal and glass we are used to seeing in the current iPhone 5. The durable plastic case could also mean a more rugged phone able to survive drops better than current devices that tend to shatter. This image is definitely not confirmed to be an actual iPhone 5S at this time, so take it with a grain of salt. Apple is remaining mum on any official announcement of the next generation iPhone.