Nike has created an LCD Pinball Machine to advertise their wares as part of their ‘Write the Future’ campaign for the World Cup. It look very impressive in the video but I’m not sure it will capture the same gameplay as an old style mechanical pinball machine. Watch the video after the break to see it in action. 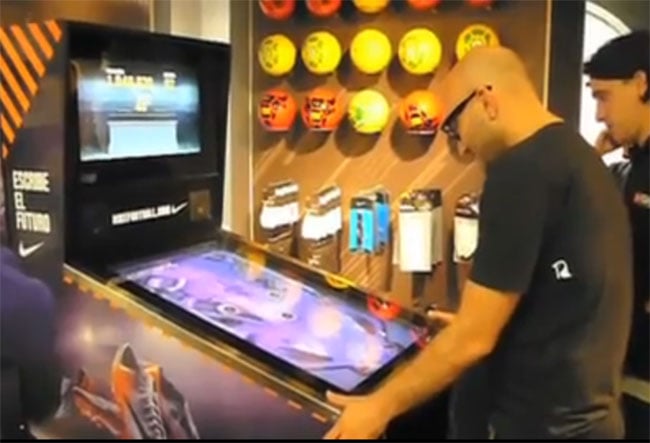 The traditional flippers on the pinball game are replaced by virtual Nike footwear. As you progress through the game you can select from a range of different Nike boots with different advantages and features as with the real pair.

The game is currently located in Spain at the moment , but may make a tour of Nike stores.