If you have a fair few hours spare this weekend you might fancy building yourself a funky LavaAMP Equalizer which uses a similar process to the retro lava lamp technology to make patterns in time with your music. Watch the video after the jump to learn more about the LavaAMP Equalizer project and see it in action. 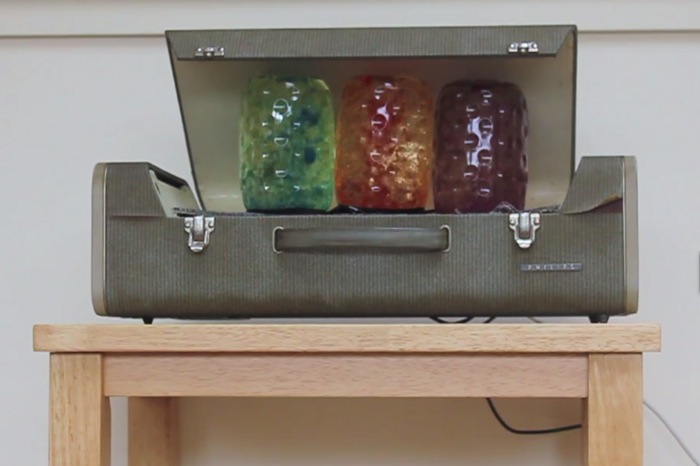 The LavaAMP Equalizer has been design ed and created for entry into the UIST 2013 Student Innovation Contest, which has been created to showcase innovate new interactions on state-of-the-art hardware were the hardware is supplied. This year entrant were given 8 miniature water pumps and the prototype PumpSpark controller that allows you to programmatically shoot streams of water up to 1 meter into the air and the system supports Arduino IDE.

The LavaAmp in the video below reacts to the music processed in real time and was developed with the Microsoft PumpSpark Kit and Pure Data. For more information on the new UIST 2013 Student Innovation Contest jump over to the official website for details.