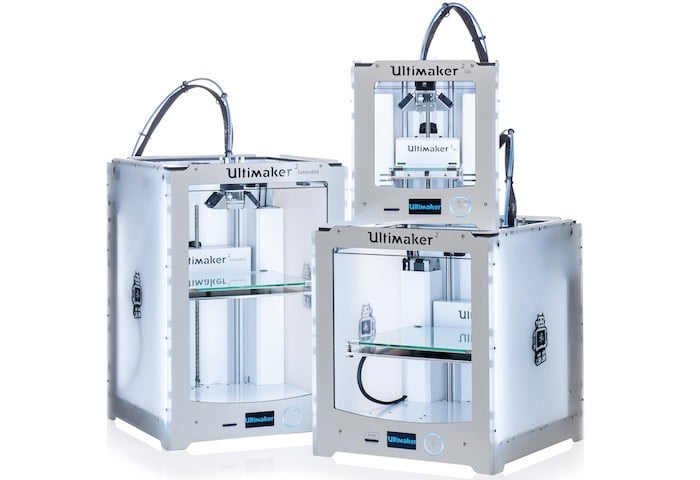 Awesome 3D printer manufacturer Ultimaker as this week announced they have open sourced the design files for their latest Ultimaker 2 GO and Ultimaker 2 Extended 3D printers, making them available to the public via GitHub.

Ultimaker have stood strong on their intent to be an open source company, even when others in the industry such as Makerbot have revoked their open source philosophy.

Sander van Geelen explains more over on the Ultimaker website.

Ever since we started, we’ve had a strong passion for being open source, sharing our ideas, philosophies and the blueprints for our 3D printers. We’ve witnessed first hand how much this has inspired innovation and really pushed the boundaries of what was possible with our 3D printers.

Many innovations that led to the Ultimaker 2 family were community powered, ensuring it’s not just about what we believe is important, but also what our users want to see and use. They can not only shape their own personal workstations by modifying and improving their existing machines, but also influence the bigger picture by showing us where to go and how to get there.

The DNA of each of these industry-leading 3D printers is a testament to the innovative energy that went into creating them. To everyone who has ever contributed to any of our printers, there is a little piece of you inside each of them. And with these files available to the world, who knows where it will take us – but that’s the excitement of open source, it’s an adventure we can take together.

For access to the open source files jump over to the Ultimaker GitHub repository via the link below.