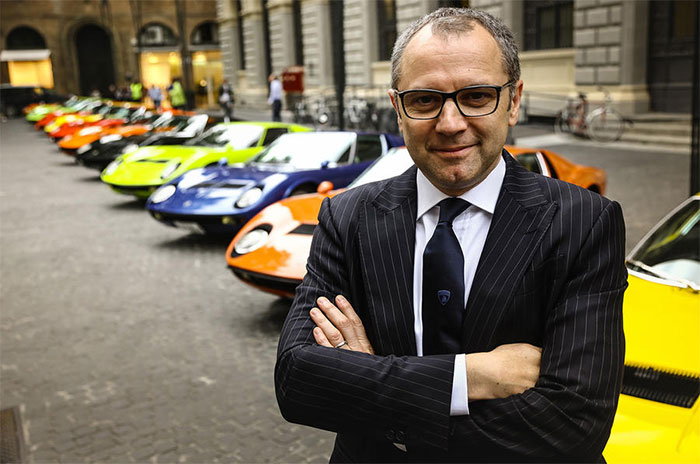 Many automakers around the world are ditching the large displacement naturally aspirated engines and going to smaller turbo power plants. It seems that Lamborghini CEO Stefano Domenicali isn’t buying into that plan. He says that a balanced and suitable future for the company would still have high-revving 12-cylinder engines.

This is good news for fans of Lamborghini since the big V12 is closely tied to the company’s history. The CEO also plans to keep Lamborghini cars desirable by limiting output and sales, he wants to sell no more than 3500 cars yearly. Sales of the coming Urus SUV would be on top of that number.

Domenicali says that while Lambo can’t be disconnected from the future it has to remain balanced. He says that there is still a lot of development potential in the V12. Lambo also isn’t buying into the autonomous craze in a big way, they know if you buy a Lamborghini you want to drive it. I for one am glad to hear that despite trends in the industry, Lamborghini plans to improve its cars but stick to its V12 and driving inspired roots. It will be interesting to see how Lamborghini deals with the growing fuel economy standards in the future.