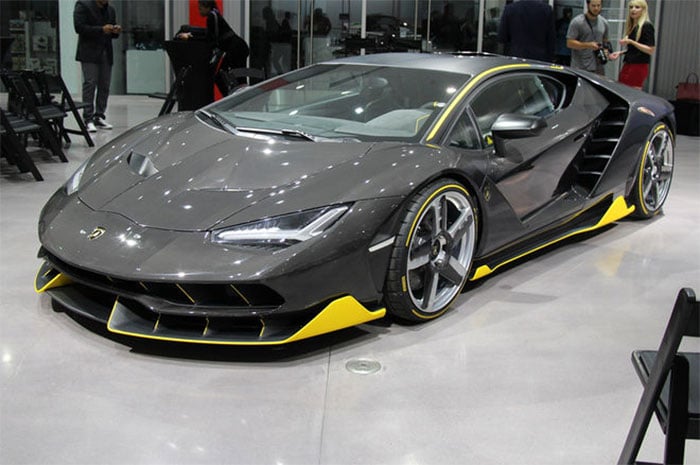 The Lamborghini Centenario is a very limited edition car that we have seen before. The carbon fiber beauty has made its official US debut at the Petersen Automotive Museum in LA. Lamborghini is making only 40 total Centenario cars with 20 in coupe form and 20 in roadster form.

Even if you have the loot to purchase one of these cars, you can’t. All 40 of them were sold before production even started. The Centenario is the most powerful car that Lamborghini has ever made packing a 6.5L V12 engine under the hood with 759hp on tap.

It uses a new type of Independent Shifting Rod (ISR) transmission and that transmission and engine combo are the only options. The car has a fancy Alcantara interior and supports Apple CarPlay on the big 10.1-inch touchscreen. Out of the 40 of these cars being produced, three of them are coming to Lamborghini of Beverly Hills. We have no indication of which body styles were ordered, with the California weather some of them have to be roadsters. As close as we normal folk will get to owning one of these is playing the car in Forza Horizon 3.