A new style of robot has been unveiled, which has been designed to climb ladders by itself, as is equipped with 5 motors that help it pull its 1.4m high frame, weighing 30 kg up specially created ladders.

The new robot named Dream Robo has been created by Osaka-based industrial equipment maker Muscle Corporation, together with a number of other Japanese companies. Watch the video after the jump to see it in action. 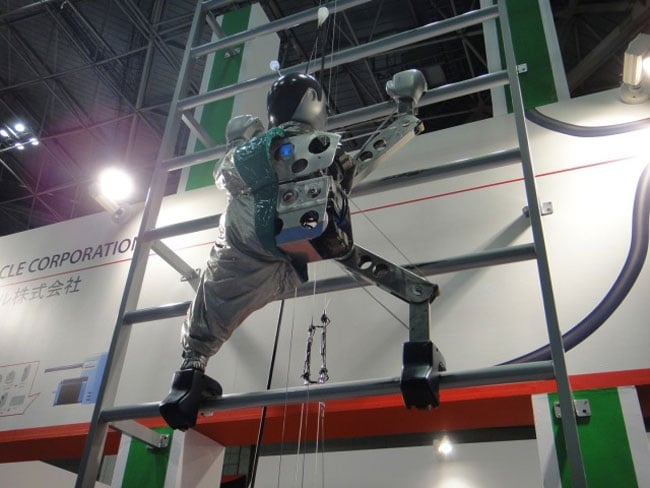 “For example, if the robot suspends itself and moves to the next step, first of all, it raises its right hand. Then, it rotates its back. Next, it raises the hand a bit more, returns its back to the previous position, and pulls the hand downward. The force needed to grasp the pipe is transmitted in the motor, and after the motor has grasped it properly, the next motor is instructed to raise the left hand. So the robot’s motion involves that kind of dialog between the motors.”