The LA100 flying UAV drone for GoPro is the world first fully autonomous UAV drone aircraft, and has been constructed to capture images and HD video footage using the GoPro action camera system, we have featured a number of times here on Geeky Gadgets.

The LA100 UAV Flying UAV drone has been created by Lehmann Aviation using mainly carbon fibre and foam, and weighs around 850g. Watch the video after the jump to learn more about the L-series Flying UAV Drone project and see it in action. 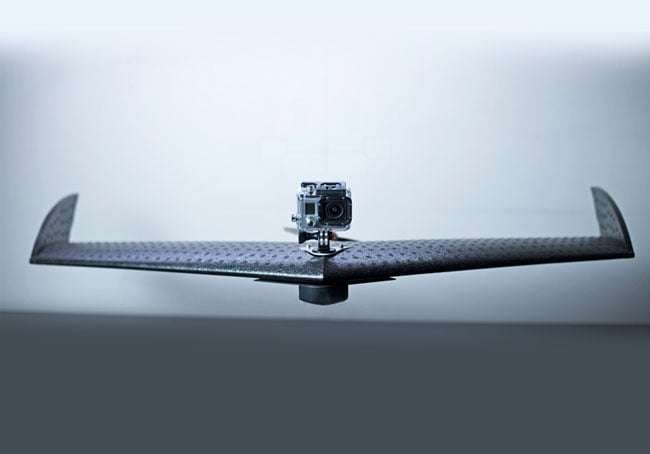 LA100 has been designed by Lehmann Aviation to be the world’s first aircraft designed for the users with no piloting background. Being fully autonomous the UAV (drone) can be launched and it will come back to you after 5 minutes of flight.

“with options to mount the camera on the top wing or bottom wing for simultaneous use of two GoPro’s, the unit is capable of withstanding harsh environments and diverse climate conditions: from -25°C to +60°C, humid or dry air and high wind resistance. Made mostly out of carbon fiber and foam, the LA100 is also easy to transport,  weighing less than 1 kg with a wingspan of less than 1 meter long.”