The L8 Smartlight is a new device which has started it journey over on the Kickstarter website, and has been created to provide users with a way to be silently notified of alerts from your smartphone or computer.

L8 Smartlight provides a customisable illuminated notification system for Twitter messages, Facebook, e-mails, game results, outside temperature to name just a few. Watch the video after the jump to see it in action. 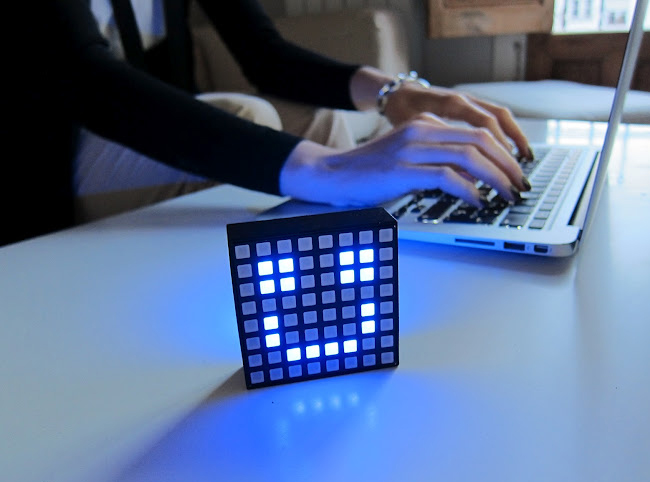 The L8 Smartlight consists 64 LED lights on one side and a super LED light on the other, and connects to your smartphone or PC via Bluetooth. Its also equipped with servo sensors that can be triggered by temperature, luminosity or proximity.