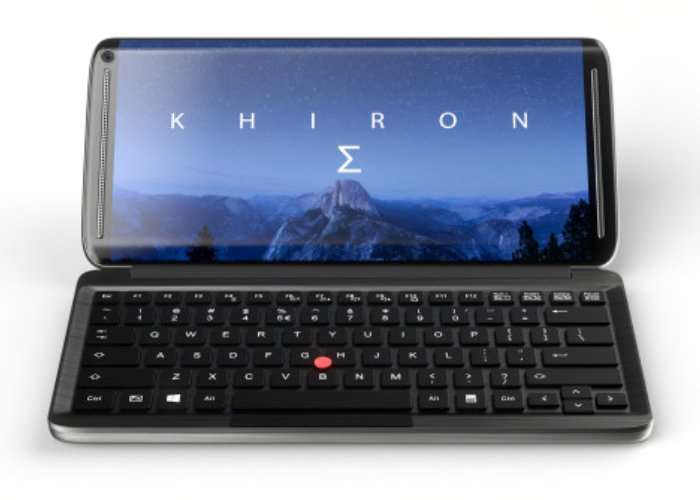 If the new mini Linux laptop which has raised more than $2.3 million via its crowdfunding campaign is not sporting an operating system you are used to. Then this new Windows 10 mini laptop might be more preferable.

Adnan Jamil-Mir based in the United Kingdom has taken to the Indiegogo crowdfunding website to raise the required $300,000 the development team needs to take the system into production.

Watch the promotional video below to learn more about the new KS-PRO Windows 10 mini laptop which is powered by a Qualcomm Snapdragon 835 and sports a touchscreen display.

Khiron-Sigma, is a start-up based in London, England, Founded by an X Microsoft Employee. At K∑ we have developed a vision which has been a culmination of two decades of PC fanboy-dom and working within the hi-tech industries.

The UMPC (Ultra Mobile PC) is not a new concept, many of the tech greats have valiantly attempted to create an array of devices such as the Toshiba Libretto, HP Omni book, promising such key selling points such as performance, portability, good design and long battery life.

Unfortunately, technology limitations and the emergence of the tablet has caused today’s companies to copy each other and not innovate in this space.   We believe that it is time for a class defining UMPC to emerge, tablets do not let you create in the same way as a computer does, now that mobile processing is powerful enough to run applications such as photoshop flawlessly without any code change K∑ made the decision to produce and release the KS-PRO at CES2018

The KS-PROID will also be released Q4 2017  – Same hardware different OS. KS-PROID will come with a clean version of android N installed, enjoy all the latest games and apps android has to offer.  The KS-PROID will be the most entertaining & productive ultra portable phabtop device on the market.

Jump over to the Indiegogo website via the link below for more details and full specifications, as well as all pledges available with delivery expected to take place during November 2017.