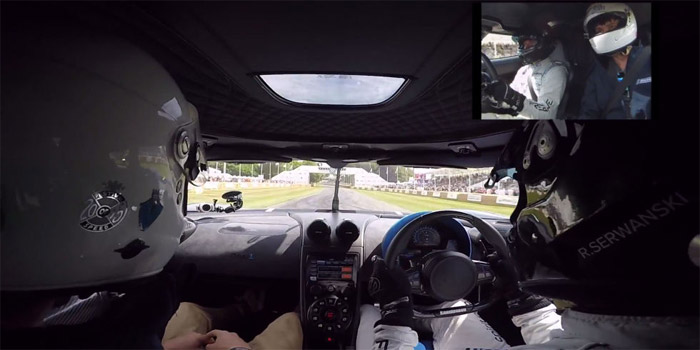 The most hyper of all the hypercars in the world is the Koenigsegg One:1. This road beast gets its name from the fact that it has one horsepower per kilogram. One of the biggest celebrations of awesome cars in the world is held in the UK and known as the Goodwood Festival of Speed. During the hill climb associated with that festival, a Koenigsegg One:1 took the hill by storm.

Thankfully, the driver and passenger of that car had a camera inside allowing us to ride along with them as they attack the hill. The Koenigsegg One:1 sounds fantastic. The real rub here is that while the car was driven by a Koenigsegg factory test driver, the driver held back significantly.

The car is a customer car that was sold to a group of British buyers reportedly for a price of over $3 million. This is the car that Floyd Mayweather should buy. I would love to see a Koenigsegg One:1 flogged for all its worth up the Goodwood hill. That would be something to behold. The chances of a buyer spending the kind of money one of these cars cost and then driving it balls out is slim.