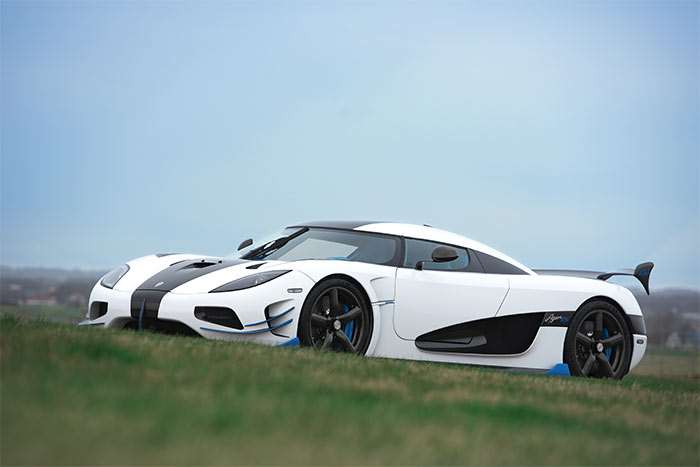 Koenigsegg had a sweet lookin Agera RS on display at the New York auto show and that particular car was a customized customer car. The owner of the car dubbed it the RS1 and the buyer and his son were extensively involved in the specification and build process of the car. The car is covered in Arctic White with a special shade of blue on the winglets, side skirts, diffuser, and wing.

The interior of the car is done up in blue alcantara with polished carbon fiber and anodized aluminum. It looks fantastic. The car is powered by a twin-turbo 5.0L Koenigsegg V8 engine that was handbuilt in Sweden. That engine makes 1360 hp and 1011 lb-ft torque.

The transmission is a 7-speed automatic and the car has traction and stability systems to keep it on the road. The car weighs in at 3075 pounds with all fluids, ready to drive. It can reach 62mph in 2.8 seconds and hit 186mph in 12.3 seconds. It can corner at 1.8G on the race track. Only 25 Agera RS cars were made and they are all sold out.