Any iPad owners looking for a simple way to attach their tablet to a wall without damaging it. Might be interested in the new Koala iPad Mount that is currently starting its journey on Kickstarter, and looking to make the jump from concept to manufacture.

The Koala iPad Mount has been designed by brother team Chris & Colby Moyer, and is suitable for both first and second generation iPads. Watch a video after the jump to see the Koala Mount in action. 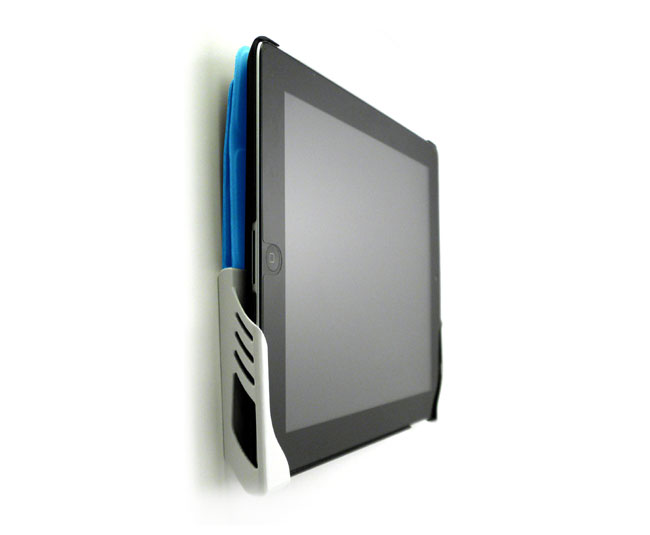 The Koala iPad Mount is attached to the wall using ‘Large Command’ strips, which are rated to hold up to 5 pounds each. The brothers have used the adhesicve strips extensively on their Dockem Universal wall mount, and say they provide an exceptional hold and have been fully tested.

The design of the Koala Mount allows it to be used by either the iPad or iPad 2, with or without a case. So if you feel the Koala iPad Mount is something you could use, click over to the Kickstarter website to make a pledge and help it make the jump from concept to reality.