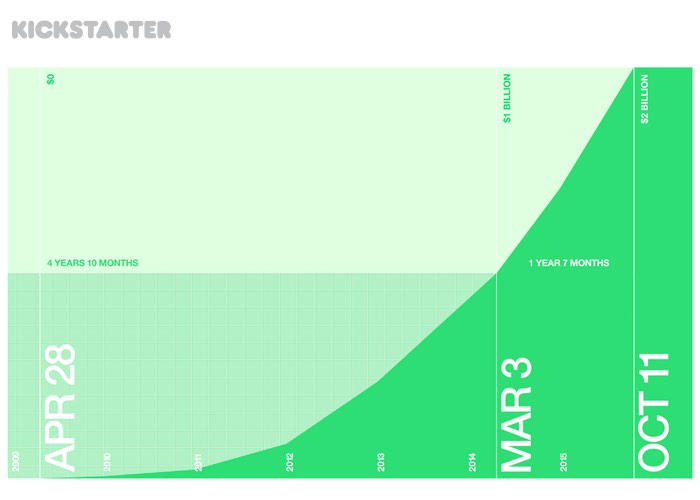 Kickstarter has this week announced that in just under five years the company has gone from zero pledges to raising over $2 billion in pledges from its wealth of campaigns started by investors, designers and entrepreneurs.

Within the details that have been published by Kickstarter this week revealing statistics about funding, pledges and campaigns the company explained that backers have pledged the second billion three times faster than the first.

The $2 Billion in funding for the Kickstarter campaigns was pledged by over 9.5 million people and out of those nearly a third of those backers have supported multiple Kickstarter projects.

To view all the statistics published by Kickstarter this week jump over to the official Kickstarter blog where there are plenty of details to keep you entertained and provide a good overview of how the Kickstarter crowdfunding service is functioning.