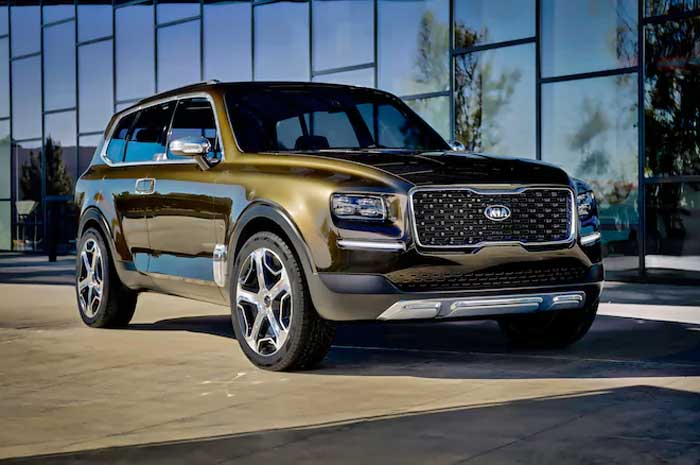 One of the coolest Kia concept cars seen in recent memory was the Telluride concept 3-row SUV. A new report is making the rounds that claims Kia design head Peter Schreyer has stated that the crossover will go into production. The likelihood of the Telluride coming to all markets isn’t very good.

Reports indicate that the vehicle won’t come in right-hand drive. The design chief also stated that there will be more crossovers and SUVs coming to Kia. That is no surprise with the popularity and sales numbers for those segments booming.

More and more buyers are looking for a larger 3-row SUV, especially in the US. The Telluride Concept seen in Detroit uses a 3.5L V6 with an electric motor for a total of 400hp. That much power seems unlikely in a production SUV, but we can hope.