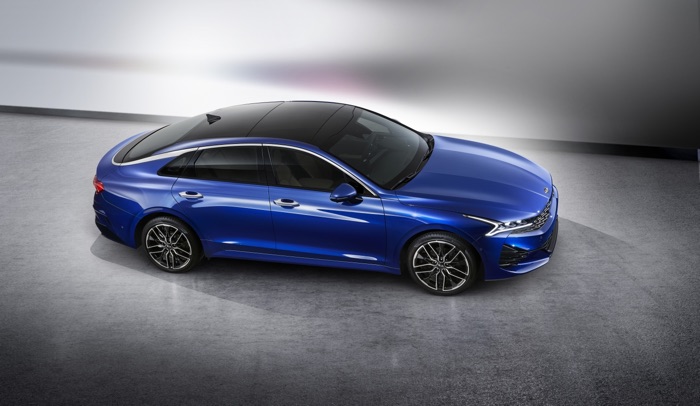 Kia is launching its new Kia K5 Fastback sedan for the Korean market and now they have revealed some photos of the car.

The design of this new Kia K5 gives us an idea on what the new Kia Optima will look like, which will be unveiled in December. 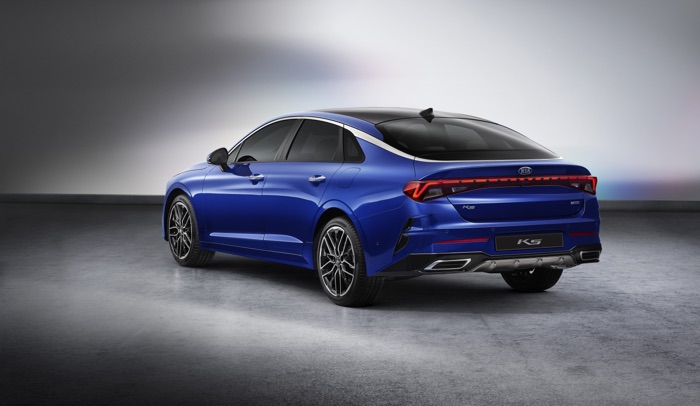 The Kia K5 brings with it a sporty, modern and bold character. The front of the car is characterised by Kia’s imposing new ‘Tiger Nose Evolution’, a wide, three-dimensional design which integrates the grille and headlamps more organically than previous iterations of the K5. The texture of the grille is modelled on the texture of shark skin which gives a powerful and sporty image. The grille is made with a matrix of interlocking details to give the K5 a classy and dynamic look. The K5’s new front headlamps feature a distinctive ‘heartbeat’ daytime running light signature.

Above the grille, the deeply-contoured hood and characteristic lower bumper, emphasising the smooth lines on the front of the car and enhancing the K5’s on-road presence.

You can find out more information about the new Kia K5 fastback sedan over at Kia at the link below, this vehicle will only launch in Korea.