Kegdroid is the creation of Paul Carff, and as you can see from the photo and video below, the Kegdroid is a giant Android mascot which can dispense you a nice cold pint of beer.

The KegDroid is controlled by an Motorola Xoom Android tablet, and in order to get yourself a pint of beer, you need a badge with NFC built in, have a look at the video of it in action below. 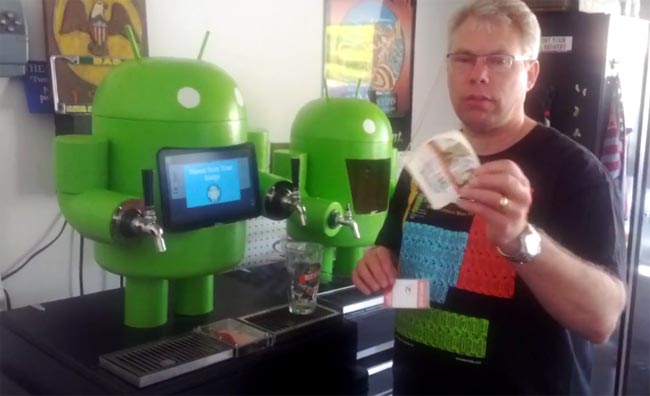 You can find out more information about Pall Carff’s awesome Keg Droid over at his Google+ page.