KEF has now launched its Blade speakers which have been designed from the outset to extend the boundaries of high end audio and started as a concept back in 2009. Due to the praise the concept Blade speakers received, KEF decided to produce the Blade which serious audiophiles could actually own, all be it for $30,000. 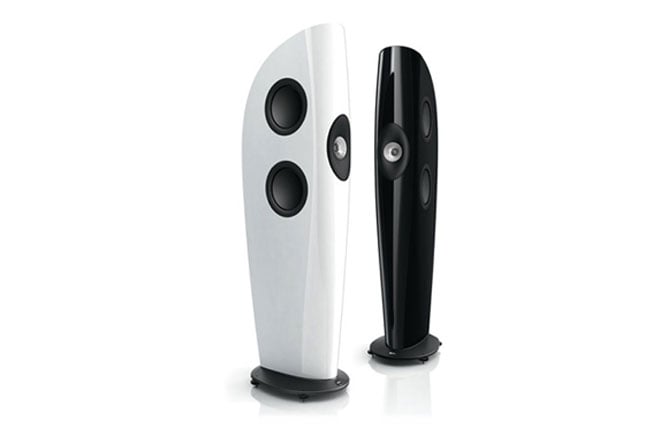 The new Blade speakers use four sophisticated new bass drivers that are configured so that their combined acoustic centre occupies exactly the same point in space as that of the Uni-Q HF/MF array, so the sound appears to emanate from a single, flawlessly coherent source, KEF explains.