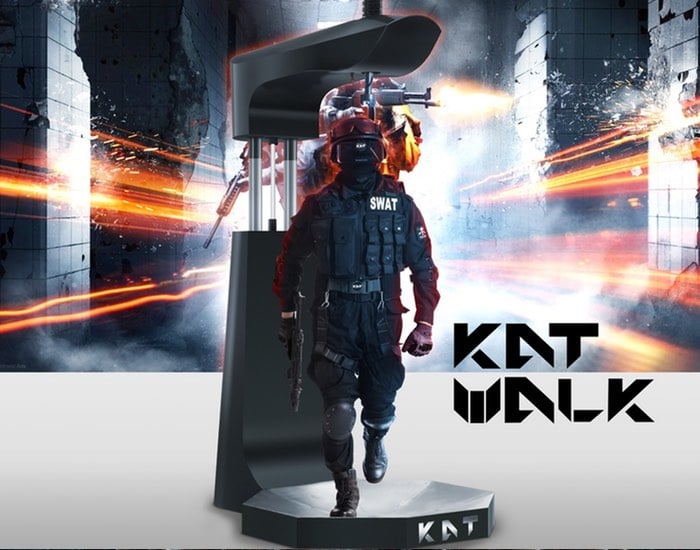 The Kat Walk virtual reality treadmill has been successfully funded via its Kickstarter crowdfunding campaign this month, raising just short of $150,000 thanks to over 230 backers.

The new and very unique VR treadmill has been designed to remove any constraints that may hinder the immersion in a virtual reality world allowing users to walk, crouch and jump in VR environments.

Kat Walk is an omnidirectional treadmill that converts real-world movements and maps into virtual reality. Providing users with 360 degrees of continuous movement within a small space and compatibility with virtual reality headsets such as the awesome Oculus Rift, that is expected to launch early next year with preorders opening before the end of this year.

For more information on the Kat Walk omnidirectional treadmill jump over to the Kickstarter crowdfunding site via the link below or the company’s official website.