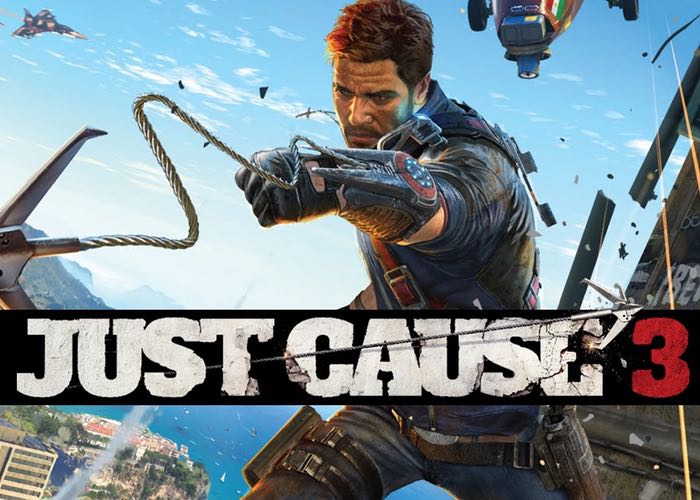 Earlier this week leaked specifications were revealed for the PC system specifications for the new Just Cause 3 game, although it now seems that they were a little out as the recommended and minimum specifications have now been officially announced by Avalanche.

The original specifications were based on a photo of the games box which was published on the Reddit website. But since then avalanche has obviously tweaked the requirements and provides the following specifications:

Just Cause 3 will be launching on December 1st, 2015 and will be available to play on PlayStation 4, Xbox One and PC systems and is now available to pre-order from Amazon if you haven’t already.

Pre order now to secure the weaponised vehicle pack – Includes 3 x exclusive vehicles primed for action. Visit Medici today! Take a tour of the fabulous islands of Medici with this indispensable companion guide! Includes: High quality fold out map of Medici Location of missions, challenges, collectibles and more! A guide to the most famous sights and sounds of Medici Medici.

It’s not what you think! The Mediterranean republic of Medici is suffering under the brutal control of General Di Ravello, a dictator with an insatiable appetite for power. Enter Rico Rodriguez, a man on a mission to destroy the General’s hold on power by any means necessary. With over 400 square miles of complete freedom from sky to seabed and a huge arsenal of weaponry, gadgets and vehicles, prepare to unleash chaos in the most creative and explosive ways you can imagine.