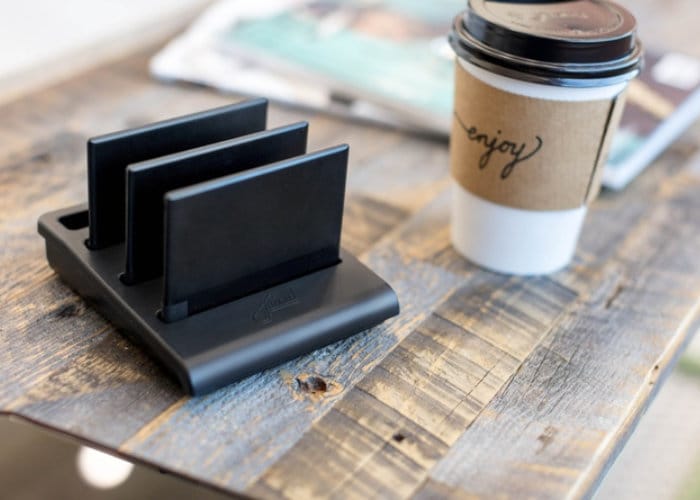 Equipped with a selection of 1530 mah battery packs the system allows you to quickly charge your mobile devices and offers enough resources to charge up to 6 phones at once with three battery packs, and another three using the company’s patented charging base. The Juiced 2.0 wireless smartphone charging system is now available to back via Kickstarter with early bird pledges available from $29 or £21. If the crowdfunding campaign is successful and manufacturing progresses smoothly backers can expect to receive their wireless charger during June 2018.

Features of the Juiced 2.0 smartphone wireless charger include Extra Thin Profile, Charging cord fits into a cutout, Aluminum Outer Layer. Stronger and more durable, Charge On The Go. Attaches to the back of your phone or case, Save Extra Juice. On/off switch lets you save extra juice for later and Mirco USB Cord. For more details on the list of all available pledges jump over to the official Kickstarter crowdfunding campaign page by following the link below.