Element Case have unveiled a new iPad stand today called the Joule Chroma which allows you to position your iPad in three different angles in either portrait or landscape orientation.

The Joule Chroma iPad Stand is CNC machined from a solid chunk of aircraft grade aluminium and consists of two parts. The main standing block into which the iPad sits and a leg which is pushed into one of three holes on the rear to provide the required angle. 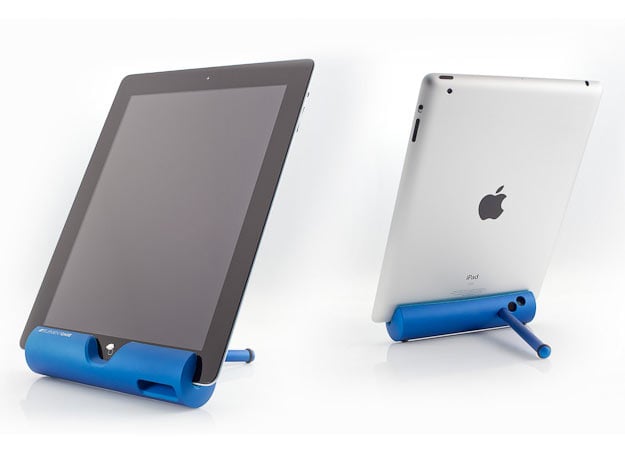 The Joule Chroma iPad stand is design to accomodate both the first generation and second generation iPads and is available in 6 colours red, blue, orange, pink, silver and black.

Its marketed as the ‘first luxury stand compatible with all models of iPad’, and has a price to match at $149.99, but does come with a zippered carrying case for easy portability.