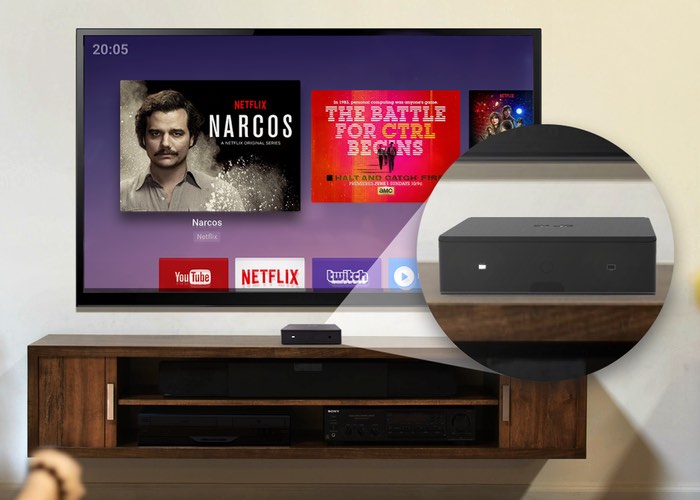 Jide Tech has once again taken the Kickstarter crowdfunding website to launch their new Nougat powered system that will be a Kickstarter exclusive and is now available to purchase with pledges starting from just $99.

The Octa-core mini PC is equipped with 2GB of RAM and 16GB of onboard storage and is capable of outputting an image at a resolution of 4K Ultra HD @ 60fps.

Remix IO’s 4K@60fps and HDR graphics capabilities ensure that no matter what display you’re plugged into, you’ll be getting super smooth, optimized graphics that make whatever you’re doing on Remix IO look spectacular.

We’ve taken the liberty to integrate a completely new mode to cater to everyone from the couch potato to the corporate executive. Our TV mode features a beautiful HD user interface designed with larger app icons and is fully remote control compatible so it’s perfect for moments when your screen is a bit further away and your keyboard/mouse isn’t necessary.

More importantly, our TV mode has been engineered specifically to let you run both Android and Android TV apps on one device. So instead of having an Android TV box that doesn’t support your Android phone apps and vice versa, we’ve integrated both into one. At the end of the day, why shouldn’t Android and Android TV coexist? It’s all Android to us.

For more information on the new Remix IO 4K mini PC jump over to the Kickstarter website for details by following the link below.