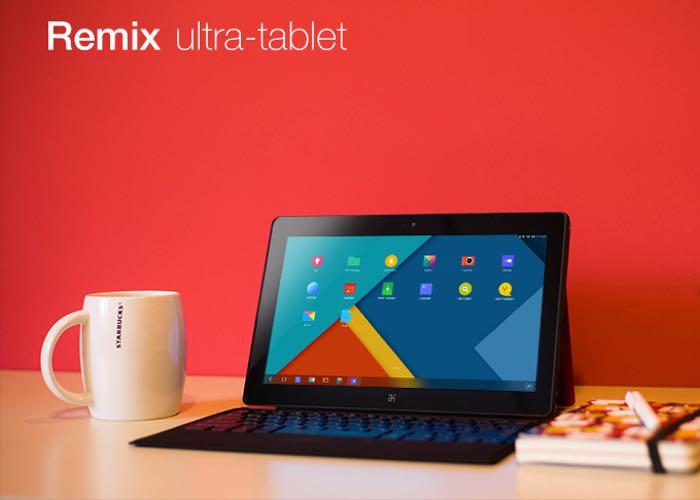 After initially launching on Kickstarter for funding to make the Jide Remix Ultra tablet a reality, the company behind its design has this week announced the tablets availability via retail for the price of $399.

To recap the Jide Remix Ultra tablet is equipped with an 11.6 inch IPS display that is capable of providing users with a resolution of 1920 x 1080 pixels and is powered by a powerful Nvidia Tegra 4 processor.

The Nvidia CPU is supported by 2GB of RAM and the tablet is also fitted with 64GB of internal storage. The case design of the Jide Remix Ultra also offers users a handy kickstand together with a magnetic keyboard cover, offering the ability to use the tablet in a similar way to that of a laptop.

The Jide Remix Ultra tablet is now available to purchase online from the likes of Amazon priced at $399, and is equipped with an 8100 mAh battery, as well as a handy microSD card slot to further expand the internal storage when required.

“Remix brings together the mobile advantages of tablets and the productivity advantages of laptops! While Remix OS is 100% compatible with all Android apps, we’ve also optimized the core PC functions that most users cannot be without: emailing, browsing and document creation.

Standard Android is an open-source, mobile OS made for small screens like phones and small tablets. What separates us from the common Android tablet is our custom engineered version of Android 5.0 – Remix OS – which is optimized for big screens with connected keyboard and mouse. “