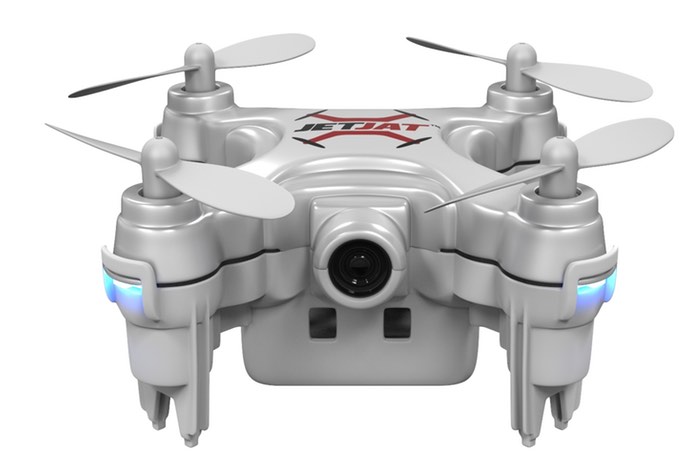 A tiny nano drone has been created by Mota in the form of the JetJat Ultra that is capable of providing a live video stream directly to your smartphone, and can be easily launched by simply tossing the drone into the air.

The JetJat Ultra Nano drone measures 42 x 42 x 25 mm in size and weighs just 17g. Check out the video below to learn more about this tiny drone and its six axis gyro system that makes flying easier than ever.

Everyone wants to fly a drone, but they’re afraid it’s too complicated. We need your help to fix that. We have created a mini drone, perfected. A mini drone with never-before-seen features like Auto-hover, Auto Landing/Take-Off, and Throw to Fly. It’s so easy a caveman could fly it. And now we want to show the world, with your help.

The ULTRA puts the emphasis on fun, with technology such as a six-axis gyro system that helps make drone flying easier than ever. More experienced users can perform aerial stunts like back flips and barrel rolls thanks to the diminutive drone’s outsized power.

The included controller securely holds the pilot’s smartphone for a stunning view of every moment of flight. It features selectable right- and left-handed operation and expandable ergonomic grips. The ULTRA stores safely inside its controller so people can take the fun anywhere.

JETJAT ULTRA has a range of about 80 feet and a flight time of four-to-six minutes between charges. The drone and its controller will be available in two colors: pearl white and matte black.

For more information on the new JetJat nano drone and to make a pledge jump over to the Indiegogo website for details by following the link below.