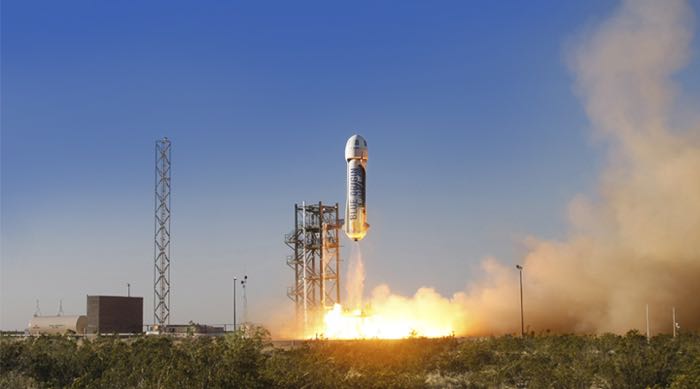 The video below shows the Blue Origin rocket make its first flight, the plans is to have a recoverable space ship, although this did not happen on the first flight.

Today we flew the first developmental test flight of our New Shepard space vehicle. Our 110,000-lbf thrust liquid hydrogen, liquid oxygen BE-3 engine worked flawlessly, powering New Shepard through Mach 3 to its planned test altitude of 307,000 feet. Guidance, navigation and control was nominal throughout max Q and all of ascent. The in-space separation of the crew capsule from the propulsion module was perfect. Any astronauts on board would have had a very nice journey into space and a smooth return.

You can find out more details about the Blue Origin space ship at the link below.