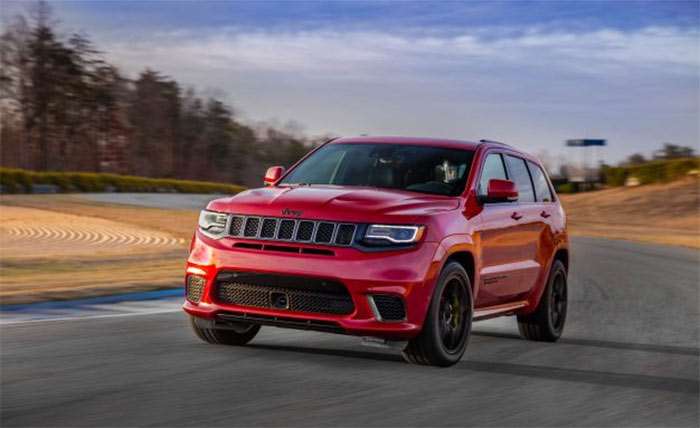 Jeep has announced the starting price of its uber street/strip SUV called the Grand Cherokee Trackhawk. This beast of a people hauler get the 707 hp engine from the SRT Hellcat car. The Trackhawk puts that 707 hp to all four wheels for maximum grip and acceleration, and boy does it accelerate.

Jeep says that the Trackhawk can reach 60mph in 3.5 seconds and do the quarter mile in 11.6-seconds at 116 mph. That is nearly identical to the Challenger SRT Hellcat times with the same engine and makes it virtually identical in performance to the nearly $300,000 Bentley Bentayga.

It would be a safe assumption that options can push the price of the Trackhawk well above that $86,995 starting point. That is a lot of scratch for a Jeep of any sort.