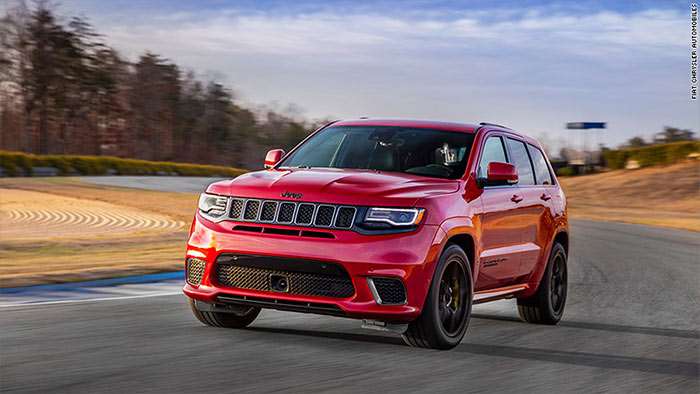 Jeep has a new version of the Grand Cheroke that will debut at the New York International Auto Show. This Jeep is the Grand Cherokee Trackhawk and it aims directly at the drivers who want the utility of an SUV with some performance for fun on the weekends. One notable tidbit is that this Jeep isn’t meant for off-roading at all.

This beast packs in a 707 hp engine out of the Hellcat Challenger and can reach 60mph in 3.5 seconds. It also has a top speed of 180mph despite its blocky profile and size. Jeep says that the Trackhawk is the most powerful and quickest SUV. That is aside from the Tesla Model X P100D that Jeep doesn’t count because it’s a crossover utility vehicle.